In recent years, companies and manufacturers have explored the needs of consumers by using big data analysis and to make use of them in the development of goods and services.
From conventional questionnaire analysis to data mining method, a variety of methods are being researched and put to practical use.

we focus on the Interactive Evolutionary Computation (IEC) method to investigate the user preferences.
Instead of conventional voting method, we consider using a user’s gaze information directly as a evaluation of solutions.

As it is said that “the eye is the window of the mind”, it is thought that various information is included in the gaze movement.

We aimed to develop an IEC system that can automatically help in creating designs or media contents based on the user preferences by using their gaze information as a solution for evaluation.

In this experiment, we verify the relationship between the gaze movements and the user preferences.

We found that the images that received the longest gaze and the images preferred by the subjects were accorded at a rate of approximately 63%. 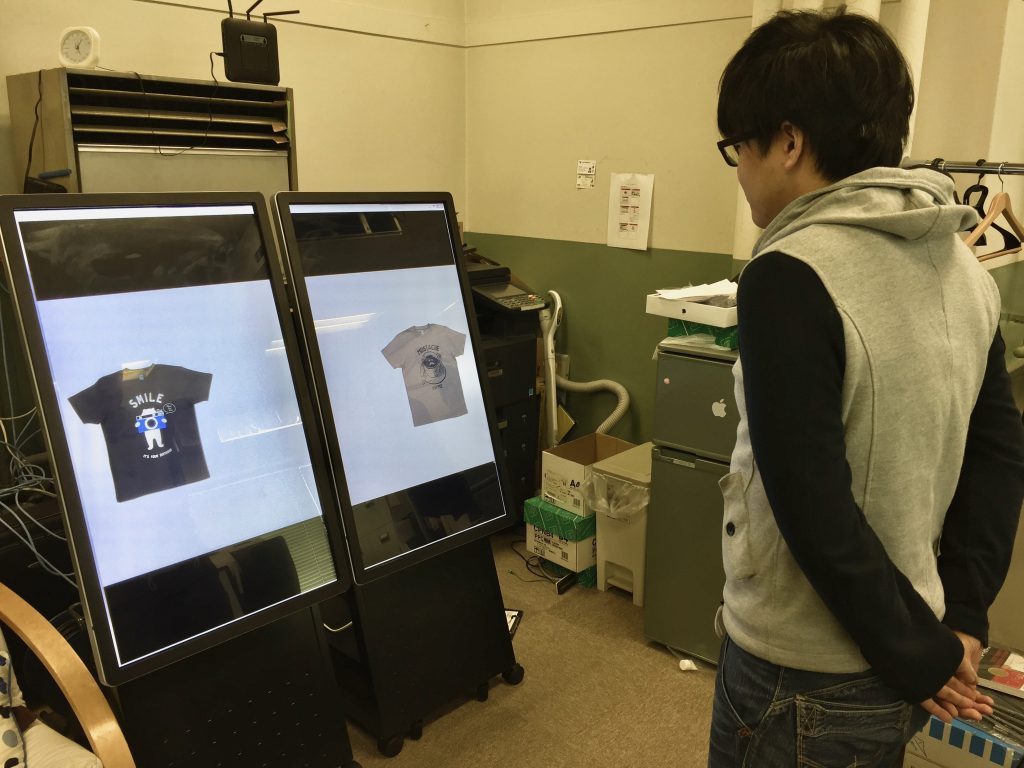 Then, to verify the solution evolution performance of the IEC algorithm, we performed an evolution simulation based on the experimental results.

Robot as a concierge of IEC system

In this system, it is necessary to attract more interests of users and estimate their gaze information with high accuracy.

Therefore, in our system, we introduce a assistant robot to promote interaction of users.

This robot gathers user’s attention by moving the neck and talking to the user. While the user is participating in the system, robot will guide the user’s gaze by talking about dialogue that makes users think about their preferences.

We carried out the experiment with this system in a place where there is a lot of traffic on the Kansai University campus for several days.
As a result, Many subjects participated the system.
In addition, improvement of satisfaction with design was confirmed by the questionnaire survey.

With this system, the users can enjoy the contents provided by the system through interaction with the robot.
In addition, companies or stores can grasp what consumers prefer and what they tend to.